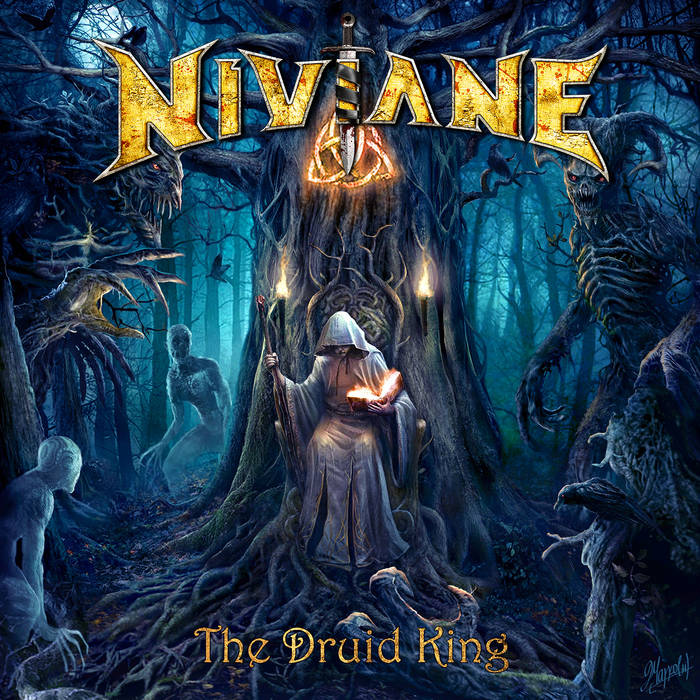 NIVIANE, is an American power metal band hailing from Sacramento California formed in the fall of 2014. The band’s core sound was created by melding together their collective influences of classic heavy metal along with modern European metal to produce what has been branded “A new breed of American Power Metal”.

Soon after forming, intensive writing began on many songs that would later appear on the band’s debut album. On May 15th, 2015 the band debuted their music live for the first time at The Knitting Factory in Reno, Nevada. Delivering a high-energy performance complete with duel lead guitar attacks and high-soaring vocals, the band began a run of successful show dates. NIVIANE continued to perform live while finalizing songs for their debut album through the end of 2015. The band’s debut album is now ready to be unleashed to the metal world.

The band’s debut album was recorded at Alien Production Studios in California, with JK Northrup at the helm – eleven tracks of pure heavy epic power metal with dual lead guitar attacks are combined with gritty soaring vocals for a result that is nothing short of majestic! Add to that song themes drawn from historic and mythological\fantasy, it will be hard for “The Druid King” not to please even the most demanding metal fan!